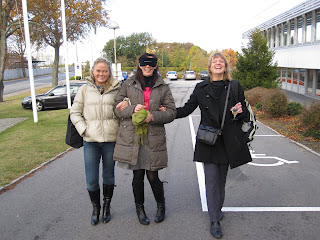 Since Thursday night I’ve been in Sweden. This visit was a big “secret” up until the day before yesterday when we surprised my oldest sister Nella (who’s getting married on Saturday) to have a hen’s party (that we have been planning since summer). In order not to make her suspicious about our choice of a last-minute-hen’s-party-date, some of her friends had already held a “fake hen’s party” for her the night before, so imagine her surprise (and hangover -haha!) when she arrived at her wedding venue early on Saturday morning in order to “discuss a kitchen emergency” with the chef who’d “suddenly called her” (our work of course) and found me, our other sister Charlotte, and a big bunch of her friends there waiting for her. She was so certain that I was still in China that she didn’t really click at first, but when we gave her a princess tiara and a glass of champagne she started to realize that this was the “real thing.” Hilarious!

What then followed was a day of champagne and fun. We started off at a venue called “the house of adventure” where we played some grownup physical- and mind games that included everything from climbing on walls to solving more (and less) brainy quizzes that were scattered around as different “adventure rooms” inside a large venue . Then we went to a dance club where we were given an one-hour dance session with an instructor, and in the end we were all crawling around on the floor, “bringing out our sexy and feminine personality” (?!) to the sound of The Pussycat Dolls. Oh lord that video (yes of course it was video filmed) shall never come out. But we sure had a lot of fun while dancing! 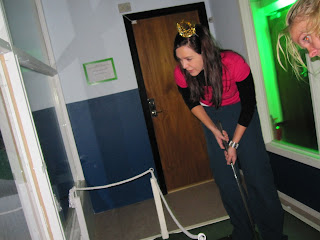 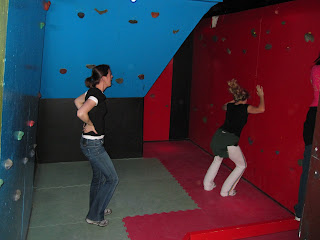 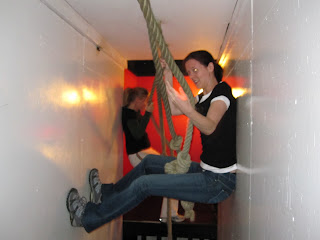 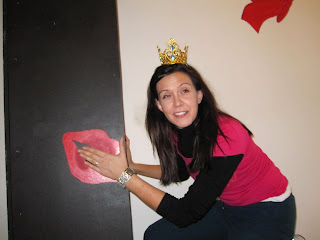 After that, one of Nella’s friends had arranged for us to have a sauna/drinking session at a hotel in town, so we went there and spent a few hours refreshing, washing up and steaming down. We then made ourselves ready (sweaty dance pants were swapped for short dresses, make up was added, hair was brushed) and went to one of the girls' house, where a 3-course dinner awaited us.

Dinner was followed by more drinks, more dancing, and then we eventuelly hit a club in town. What an amazing night! I had so much fun! The best fun was obviously to see my sister getting the princess treatment all day long, going well into her part as the “queen bee” (especially when we were dancing to the pussycat dolls). Also, the look of her face when she first saw me that morning was rather priceless! 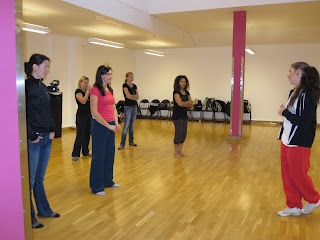 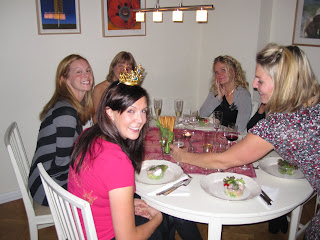 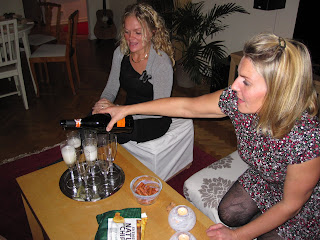 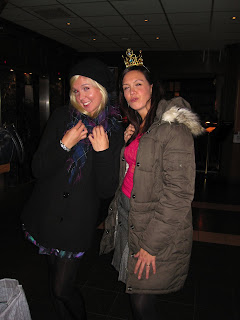 (It's you-need-to-wear-your-winter-coat-and-hat-freezing cold in Sweden already... Winter came early this year. Quite a change from the 25 degrees and sunshine in Suzhou that I just left) 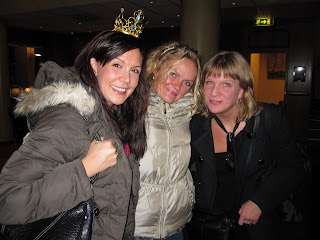 This week is full of “wedding-must-dos,” preparations, dress fitting and you name it. I’m her maid of honour (together with my second oldest sister, Charlotte), so a lot of responsibilities (including a speech!) are in my hands. The wedding will take place on Saturday and then I’ll fly back to China next Monday. 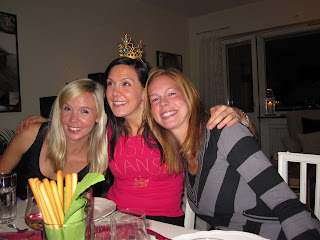 What a fine story. You must have been caught by jet lag too, apart from coming out of the heat into a fridge....

A fake party before a surprise party?! Ingenious! I must remember that for the future.
Swedish hen parties seem so much more civilised compared to ones in the British Isles. It's really interesting that you do some activities together apart from just boozing.
I used to work in bars through college and used to DREAD hen parties!! Having said that, I probably would have been more open to the idea of a hen party with half a dozen Svenska flicka though :))

Ahaha, the look her her face must have been priceless indeed! Looks like you guys had a lot of fun :D Can't wait to see the wedding pictures!

monsieur beep -the jet lag isn't too bad when travelling from China to Sweden as I'm actually "gaining" some hours. It's much worse when coming the other way...

Little Tiger -hehe, yeah, we really went "all in" for this party. It was kind of sophisticated, I admit. But the fact that Nella was super hangover from yesterday's "fake" party (that she turned into a real party -haha- that girl knows how to have fun!) kind of made her stomach turn at the sight of a champagne bottle. So we had to start things slowly. Great fun still though! :)

Kanmuri -wedding pix to come for sure after Saturday! :)

Wow what a surprise, for us as well as your sister, especially given that you were in Europe not too long ago. I did that for my mum a few years back but it wasn't her hen party (obviously) but it was Mother's Day and the day before she had to go to hospital for a fairly major operation so she was overjoyed and made her feel less concerned about the operation.

Hope we can catch up when you get back!

Woai -definitely. No, this year I've spent more time in Europe than I have over the last 8 years... but I am not complaining, it's great to see friends and family. See u in Nov in SH (hopefully).

Jonna, is the girl with dark brown hair your sister?

马麟 -a hen's party is a party you throw for a girl who's about to get married. Equivalent to a bachelor's party.. Not sure why it's called a hen's party actually. But it sure is fun!

Jiang -the 2 girls in the last photo are both my sisters.