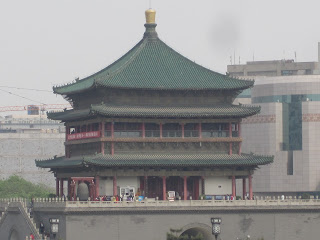 I had some lovely days in Xi’an with my parents. It was much warmer than in Shanghai and we made sure to make the most of each day:

Thursday (dad’s birthday) started off with a hike to the city wall 城墙 (which was conveniently located next to our hotel, however, where to get up on the wall wasn’t as obvious as we first thought. We had to look for a while until we managed to locate the south gate). Once we got there we rented bikes and rode around the wall. It was a bumpy, noisy ride, but due to the fact that the peak season hadn’t yet started it wasn’t too crowded and we enjoyed ourselves... until mom realized that she had dropped her jacket and we had to go all the way back on the wall (and no, we still didn’t find the jacket).

After the wall we set out to be tourists de luxe and did something I never do when travelling: visited sights and towers! We went to both the Bell Tower 钟楼 and the Drum Tower 鼓楼 (!). None of them impressed me that much, but there was a group performance (= bored looking youngsters hitting their drums with perfection. They were really, really good, but one could tell that it wasn’t the first time they performed. Some of them looked bored to death) at the Drum Tower just when we entered so that was quite interesting (although painful to the ears) to watch.

After that we went to explore the Muslim street 回民街, and this was the day’s highlight. I just loooove walking on busy, messy food streets, sampling street snacks and talking to vendors. We spent hours there, I went camera and snack crazy and for a while everything was wonderful.

Then we decided to do a short walk to a hotel bar that we’d heard of for a relaxing drink. Sound good, right? Yeah, if only it would have been a “short walk” –we ended up walking around for 1 hour until we finally found it. However, wine has never tasted better.

The bar staff gave us a bowl of snacks that we literally emptied like beasts, realizing that we were probably quite hungry. We decided to go for a restaurant that I located via dianping.com (love that site for restaurants) but apparently the list was out of date because when the taxi driver dropped us off there was a clothes shop rather than a restaurant at the address given. On top of that, the taxi driver tried to fool us (he didn’t turn on the taximeter –I was too hungry to notice- and once we got ready to get out he asked for 20 kuai, something that made me see red. After some yelling we gave him 10 kuai and walked off). Then followed some aimless, lost walking around in a hunger daze (it was impossible to get a taxi at that time) until we located something that looked quite decent and settled for that. Turned out to be a spicy, Hunan joint. Good food, but I was slightly disappointed that we never made it to any authentic Xi’an restaurant that day.

The next day was all about the Terracotta Army, but more about that tomorrow. For now, I’ll give you a picture bomb from day one. 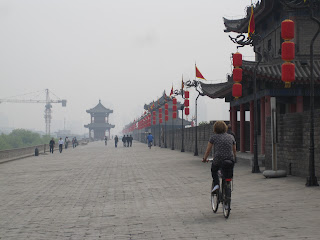 Riding on the city wall 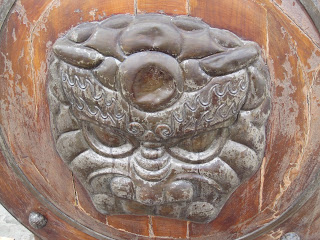 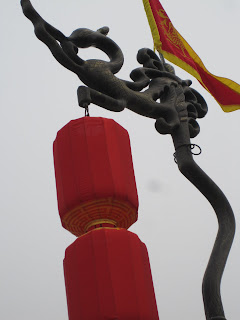 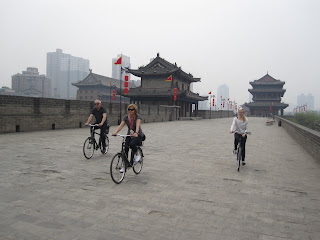 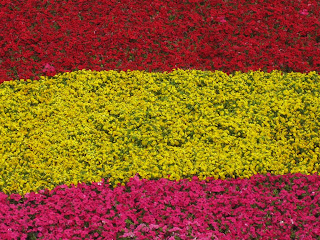 View from the Bell Tower 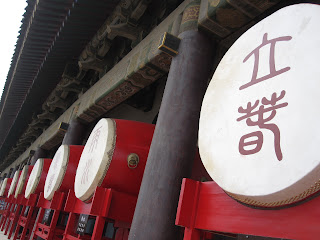 Drums at the Drum Tower 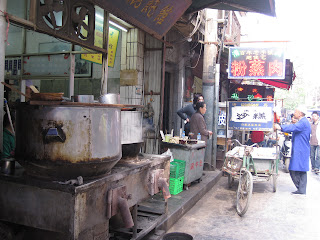 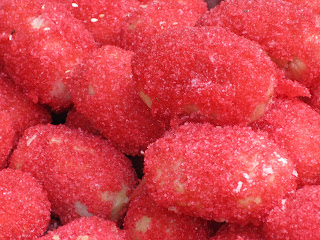 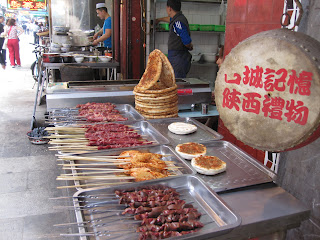 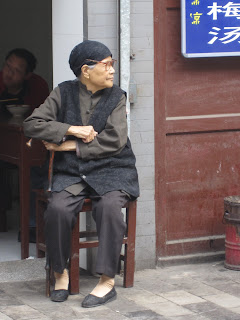 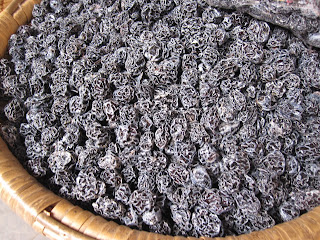 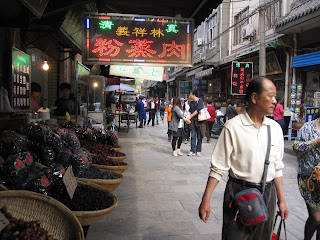 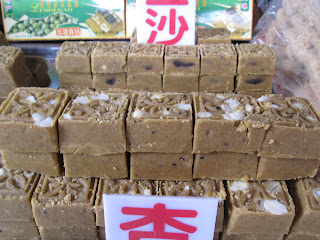 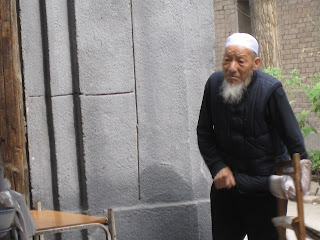 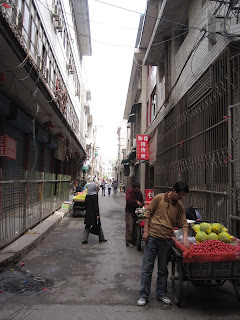 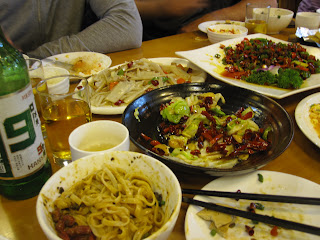 Posted by Jonna Wibelius at 8:51 AM

lol, you saw red and had a yelling match over an extra 10 rmb? you're really settling into the local culture and lifestyle. I saw some huge random yelling matches between drivers and passengers there.

To admit, I was personally too embarrassed to make a public scene and fight over 5 extra rmb even when I obviously realized that the fare didn't cost that much the day before.

But 5rmb wasn't that bad to me, I saw it as just an extra 80 cents and wasn't worth fighting for.

But I can understand, it's not about the money but the principle not matter how little it is.

I used to walk several kilometers instead of taking the taxi not to save on the 10rmb fare but so I wouldn't feel like a fool getting ripped off. lol

Enjoyed your photos, especially the 3 of you on the Great Wall.

Glenn here, So good to see how far you have come from those days in Perth Australia,

Australia or NZ Glenn?! I know 2 Glenns from back in the WA days... :) regardless of, it's good to hear from u!

I have just found your Blog and love it. My partner and I were in X'ian for our first China tour when you were there. The weather was fantastic and the people wrer openly generous in their interactions. Being from Aust. and with NO Mandarin skills we did the easy 'follow the flag' tour.
Our next tour will be with some Mnafarin knowledge and LOTS of insight from Bloggers like yourself.