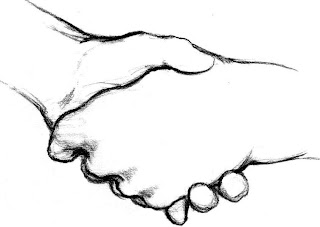 Before I moved to China I was working for a Chinese company in Finland. This is where I experienced my first, cultural ‘blunts’ with Chinese people.

Since I (in the beginning) knew embarrassingly little about China I committed all those primary beginner's mistakes. I poured myself drinks and not the others (considered very rude), I stuck my chop sticks in the rice (wishing other people death) and I didn’t accept the name cards that I was given with two hands (showing ignorance and lack of interest in the person you’re meeting). But sure, those things you learn as you go, right?

Harder to learn, however, was how to react when someone else would be blunt to me.

Our company boss, the prominent Mr Z, was a Chinese man of power. Claiming he’d never been a communist party member he still had an impressive network of Chinese political power men. That, however, I obviously didn’t know then. After working for him for only one week, all I knew was that he was a very honest man (who told me after our first lunch that I was “quite skinny”, which was “good!”). He was friendly (I should have lunch with him often he said), warm (If my family ever dropped by he would invite them for dinner he announced) and demanding (I should make him "a helluva good webpage and if possible work day and nite now in the beginning to get things going") and wanted to have a very personal (“call me by my first name!”), yet professional (“remember I am your boss!”) relationship with his employees.

After working for Mr Z for only one week I was sent on a boat cruise to participate in the Overseas Chinese Association Annual Conference (or something like that) and unaware of what exactly I was supposed to do on this ship, I ended up following Mr Z around the boat during the most of the first day.

I was introduced to about 50 Chinese people of which few spoke English, so you can probably imagine my relief when Mr Z suddenly spotted a western, mid-thirties-looking man and waved.

“Hey! Carl! Come on over here! You have to meet my new staff member Jonna!”

Me and Carl exchanged handshakes, smiles and name cards and I was just about to start chit chatting when I hear Mr Z say:

“Isn’t it great huh?! Finally we’ve got a hot blonde working for us too!”

Yup. So much for chit chatting. For the rest of the trip I received bemused smiles from this Carl dude who obviously thought all the wrong things about me and my new boss.
Posted by Jonna Wibelius at 8:30 PM