Thinking on your own 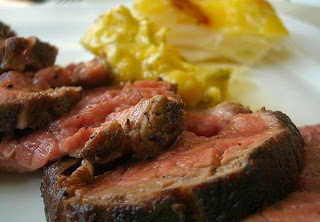 Last year at this time me and some friends went to a nice American restaurant called ‘Naked Cow’ in Shanghai for a set dinner. The concept was quite simple. For 250 rmb (or so, I can’t remember?!) we were promised a three courses set meal (mash, steak, creamed corn and so on) where our only decision throughout the night was going to be if we would like our steaks medium or well done.

We turned up for dinner at 6pm. This was obviously very early, we realized, as the restaurant was practically empty at this time (what can I say, we are Scandinavians. We like to eat quite early). But that didn’t matter so much. We were a big bunch of people in a good mood when we sat down to have our dinner.

Since it was NY the restaurant had an impressive number of waiters working. Even more impressive than normally (restaurants in China, in general, have a great deal of staff. While some take your orders others specialize in carrying out the food to your table. The funny thing is that they all start working at the same time, so if you arrive early to a restaurant, there are always more staff members than guests). The staff seemed a tab bit nervous and they kept running around our table, filling up our glasses and asking us if everything was ok.

Soon came the moment when we were asked how we’d like our steaks to be done. Two of us ordered medium and the rest of us (six people) wanted our steaks well done.

The medium steaks arrived first. They were very red. Then came some ‘well done’ ones, however, they were just as red as the medium done ones.

I decided to send mine back, and everyone followed. Even one of the guys with a medium done steak said he’d prefer his a little bit more well done.

The owner of the restaurant (a friendly American) watched us with a concerned look on his face and soon came to ask why we all sent our steaks back. We explained and he apologized.

We waited for a while and then finally the well done steaks started to arrive. One by one, with between 5-10 minutes interval. Only problem was that we were eight people, and for seven steaks to arrive we had to wait almost one hour! That meant that the people who got their food first had finished by the time the others got their food, and so on. The guy who had to wait the longest kept a smile on his face until his steak arrived… still medium done! He had then been waiting for more than one hour. Once again the owner came to apologize and this time he was so ashamed he gave us a free bottle of champagne and took his staff to the side to yell at them.

We couldn’t help to overhear the conversation:

Think on your own? Might be too much to ask. However, we were really curious about what the restaurant’s chef was thinking when he decided to put one steak to the side for one hour, then warm it slightly and send it back out...

This NY we are going for Italian food. Too avoid confusion we've all decided to stick to pasta.
Posted by Jonna Wibelius at 10:23 AM

Damn...i would have cried!