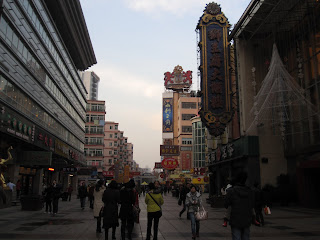 I ended up spending the wknd in Nanjing. I’m ashamed to admit that even though I’ve spent the last 3,5 years in Shanghai/Suzhou I hadn’t visited Nanjing prior to this wknd. Anyways, better late than never right?

I was pleasantly surprised by Nanjing. Unlike a lot of Chinese cities, there are actually some really interesting things to see in Nanjing. Since both me and my bf are big history geeks a visit to the Nanjing Massacre Memorial Hall (侵华日军南京大屠杀遇难同胞纪念馆) was a must. The hall is a memorial hall for those killed by Japanese soldiers in the Nanjing Massacre 1937. Admission is free, and the hall consists of several outdoor- and indoor areas. It is located in the south-western corner of Nanjing known as Jiangdongmen, near a site where thousands of bodies were buried, called a "pit of ten thousand corpses." 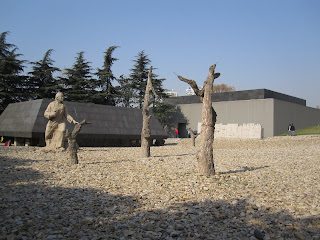 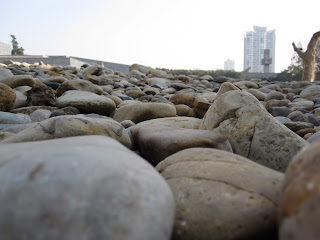 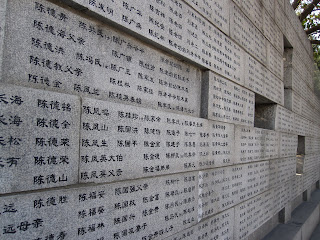 Names of all the victims 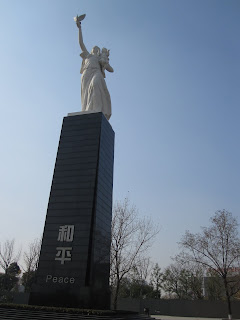 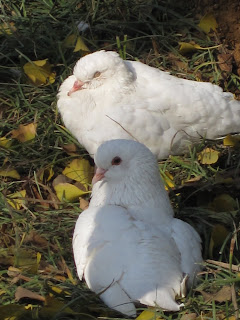 The indoor museum (where photographing wasn’t permitted) was the most interesting part of the memorial hall. The museum consists of hundreds (or thousands?) of photographs and objects related to the massacre. You can look at everything from weapons used in the massacre to cruel photos. You cal also read interviews with war witnesses, read newspapers (English, Japanese) and watch movie clips. All information is available in Chinese, English and Japanese, and the information is really good (No broken English here, no). There are also sections describing foreigner’s (who were in Nanjing at the same time as the massacre took place) work (the “safety zone” that they established) as well as information about the war trials that took place after Japan’s fall. We had first planned to visit John Rabe’s house as well as the memorial (Rabe was a German who hid hundreds of Chinese in his house in order to save them from being killed in the Nanjing Massacre), but after the museum we felt completely drained and kind of sad and decided that one place was enough. The Rabe house is apparently located at Nanjing University’s campus.

I would recommend anyone with a hint of interest in history to visit the Nanjing Massacre Memorial Hall. Depending on how interested you are, you can easily spend many hours inside the museum, especially if you want to read about everything.

We spent a good 3 hours at the museum before we headed off to Lion’s Bridge (a food street near Hunan Lu) where we had a cheap and delicious lunch. I loved the system in Nanjing: you walk up to the chefs who are standing behind a counter of all the dishes displayed, and tell them what you want. We ordered a mix of xiaolongbao, tofu, fried dumplings and noodles (most of our choices were the chef’s recommendations) and ate until we almost felt ill. And the bill for it all: 45 kuai! 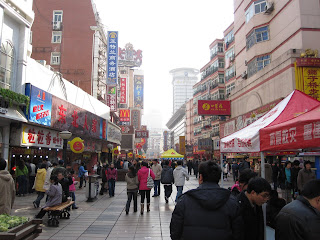 Lion's Bridge -plenty of stuff to choose from 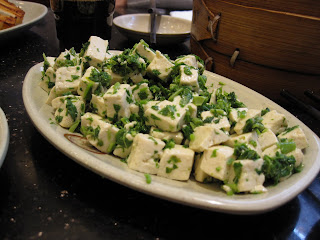 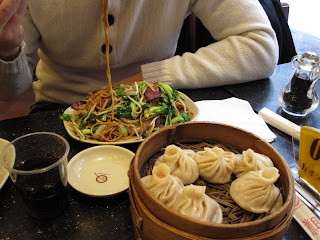 After that we went to visit Sun Yat-sen’s Mausoleum (中山陵 Zhongshan Ling). This mausoleum is located in a huge scenic area called Zhongshan Mountain National Park (or Purple Mountain) covering 31 square kms. The area is gorgeous, green and leafy, including lakes and several famous historical monuments and areas, such as: The Ming Tomb Scenic Area, Linggu Scenic Area and The Monk-Peak Scenic Area. 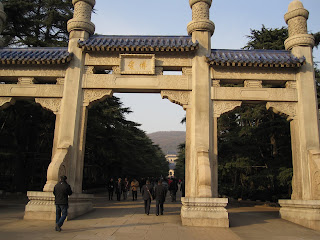 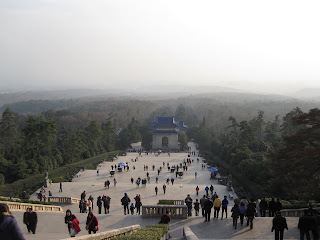 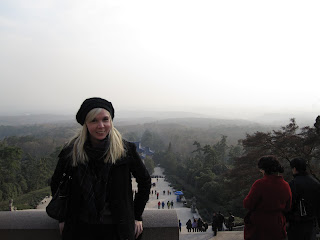 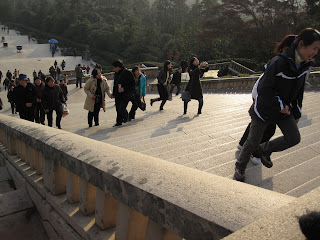 Plenty of stairs to climb

The Sun Yat-sen’s Mausoleum was beautiful, but I wish I had done some more reading about Sun before going there. However, to tell you guys briefly, Sun is some of a pioneer of Republican China, and is often referred to as the Father of the Nation. He is famous for having a big part of overthrowing the Qing Dynasty in October 1911. He was the first provisional president when the Republic of China was founded in 1912. He also co-founded the Kuomintang where he served as its first leader.

Because we were running out of time we had to skip the Ming Tombs and instead we headed to the Linggu Scenic Area, however, we only looked around briefly before heading back to the city for dinner.

It was really nice to get away for the weekend and Nanjing is a beautiful city with a lot of stuff to see. I recommend anyone to go there. 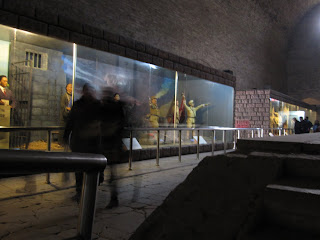 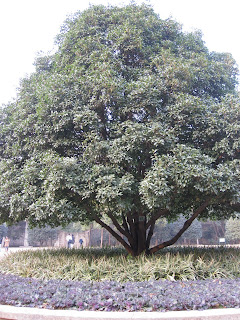 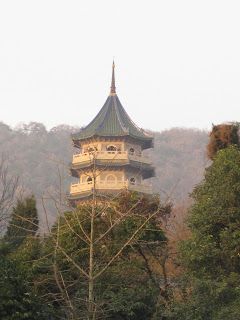 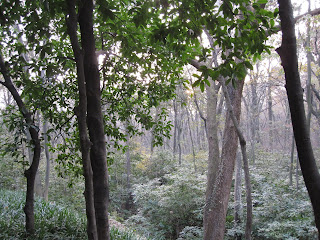 Posted by Jonna Wibelius at 7:28 AM

There really are Sun Yat Sen memorials all over China! I saw one in Taiwan, too.

The Nanjing massacre is still widely unknown in Japan. Even my husband, who was in the Japanese military, was brainwashed to believe that the massacre had never happened and that all the pictures taken from it are actually staged. They go to crazy lengths to pretend the past never was

I think there was a recent movie on John Rabe, in German?

I was going to check it out, but I don't think it was released in Australia. :/

dunno if we mentioned this before;

we are pretty sure that we'll never make it to China. we are OH, SO grateful for your blog, we have a good grasp of the things your audience wants to know about. everything!

the pictures were neat. who is the blonde with the hat? she must be
very popular. ;-) jez kiddin'

hi! glad to hear that you enjoyed Nanjing, where i come from. this is the first time i've commented and so just wanted to say thanks for such an awsome fun blog :)

kanmuri -yeah I've heard that. What surprised me however, was that all the info at this memorial hall was available in Japanese. A friend of mine is married to a Japanese. When they went to Nanjing together earlier this year they were told to step off taxis as soon as the driver noticed the guy was Japanese. Likewise, they weren't allowed to stay in many hotels when he presented his Japanese passport.

In the museum, however, there was a wall of Japanese soldiers testimonies, so not everybody are denying it.

Pingu -there's apparently been quite a few documentaries made of him too.

ero -thank you thank you! So glad to hear u enjoy my posts. Shame if u cannot make it to China though.

Qian -yeah, Nanjing was a lovely city! I remember someone once told me it was "a bit boring" however I didn't feel like that at all. I liked it much more than Suzhou.

OOOh I could tell you many things to do in Nanjing. That is the city which I lived in for 3 years when I was in China. I am glad you enjoyed it. Next time you will have to go to Fuzimiao, which is where Confucious temple is. Although there is a tourist market there, there is also the confucious temple. That is where all the scholars used to go and take their tests. There is a great boat ride that you can go on through the canals, much like Suzhou, and see the old buildings. You can also go to Yuhuatai park. This park is across the street from where I lived at Yulan Villa. It is a great area to go walking. If you need any local contacts for future visits just ask. I know many an expat and local that live there.
Becky

So nostalgic... I really miss Nanjing. The photos you took were so nice! Next time you go you should definately visit Fuzimiao (Confucius Temple area) and if you feel like venturing into the middle of nowhere, Qixiashan is lovely (栖霞山)

Becky and Lauren -from what u 2 told me it sounds like I still missed a fair bit of Nanjing's "must do"... I will make sure to go there again sometime next year! Thanks for all your great tips! :)

The Nanjing Memorial Museum is probably the best museum I've ever been to ..... simple, tasteful and informative. It inspired me to read 'The Rape of Nanking', which I've just finished - a fantastic read that looks at the massacre from a number of different perspectives. Aren't weekend get-aways fantastic?!

Anna -I could not agree more! We are already planning our next trip!!! And yes, I also think the Nanjing massacre museum was very informative. Might have to get myself that book u just read. Sounds interesting.

I was feeling quite nostalgic from Nanjing these days-I spent there my first 2 years in China, and your article didnt help! I really and deeply miss this city, I am so glad you enjoyed it. Its so better than Macau-where I actually live...

Jonna, have you seen the movie 'CITY OF LIFE AND DEATH (南京！南京!)'?