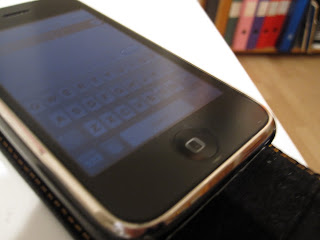 When refilling your mobile credit in Sweden (if you have a prepaid card like me, most people obviously have a plan, but I don’t really see the need for that so I stick to my prepaid card) you often get “freebees” like 100 free sms:es (once I received 1000!). One might wonder what you’re going to do with 100 free text messages, but let me tell you, there are loads of things you can do in Sweden simply by sending text messages:

Buy bus tickets/ train tickets/ subway tickets
Buy candy at some vending machines
Use public toilets (it’s city council’s idea to track down people who vandalize public loos. In one amusement park, for instance, you pay a small sum, then a code appears on the screen outside the loo. You text this code to a number, you immediately receive a new code back. And, by pushing the new code in the door will open and you can use the loo. The system then keeps track of all the numbers so if something happens to the loo you might be tracked down). However, I have to say that this system is NOT good if you are a tourist in Sweden (only works if you use a Swedish mobile) or, if you are dying to go (too slow with all those codes). But seeing how many public toilets that are vandalized each year I suppose it is not a bad idea.

Pay for your car park

Bid on an apartment
Do your taxes (especially convenient and encouraged during Sweden’s yearly declaration period: May-June).

Forget about sending the usual messages to your friend. Or, I suppose that’s quite popular too. But it’s quite interesting to see how the sms trend has caught on.
Posted by Jonna Wibelius at 2:44 PM

That's crazy... what to tourists do??

I think that toilet system would drive me crazy.

By the way, I'm amused to see you have an iPhone. That looks like the 2G version. Did you purchase it outside China? Or in Hong Kong? Or did they find their way in before the 'official' release date at slightly increased prices?

I love my iPhone. I'm glad the other mobile operators in Singapore finally got deals to carry it too, because now the plans are acceptable. Before, one operator had a monopoly and the plans were horrible, with high prices and low data usage. Now, I'm worried I won't be able to use up my allotted data per month!