”But a lot of women want to sleep with me!” 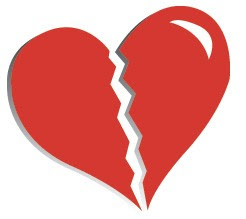 I have a very young and ambitious Chinese friend. Her name is Jen and her biggest wish is to learn how to speak English fluently and get a good job with a big international company.

Of course, learning a second language is not painless. Especially not in China. Here the story goes...

In order to improve her English, Jen was looking for foreign friends and that’s actually how I first met her. But I wasn’t her only friend. Sometimes she would meet other friends too. Friends that she had found on the internet.

Once, an Italian man in his mid forties started to chat with her on ICQ. He was also living in Shanghai with his wife and kid, and he was keen to "meet locals" and “get to know the city better”. Soon he asked Jen if she’d like to have a coffee with him.

She declined, but then changed her mind and they met for a cappuccino. Jen found him nice and polite. Wearing a suit, pulling out her chair, paying for her coffee she believed he was a real gentelman! He also seemed very interested in her life and asked a lot about what kind of work she wanted, what her biggest dream was, and so on. He told Jen that he wasn’t after a new relationship but that he just wanted a local friend. And she believed him.

Some days later they were chatting again on ICQ. He asked if he could take her for dinner. She asked why.

Him: Because I want to meet you again!
Jen: Okey. So we go for dinner?
Him: Yes, and then afterwards I have a surprise for you!
Jen: What kind of surprise?
Him: I will take you to a hotel room and ……..
Jen: What does “…….“ mean?
Him: It means we will go back to the room and have some fun!
Jen: I don’t want to do that. I don’t want to sleep with you!
Him: Why not?
Jen: Why are you even asking this? Before you said you don’t want any relationship because you are married and you have a kid?
Him: But then I met you and I realised I want to sleep with you. I changed my mind.
Jen: I am not that kind of girl.
Him: Why not? Many girls want to sleep with me! You should feel lucky.
Jen: I am not the person you are looking for!

Jen then made her smartest move since she met this wanna-be-Italian-stallion. She blocked him from her list and shut her computer down.

When she told me (about 2 months later –if I would have known at that time I would have forbidden her to go and meet this Italian sleaze ball) I was shocked, but at the same time not.

A lot of (married) Western guys seem to turn into Romeo (who forgets everything about words like 'family' and 'marriage') as soon as he comes to Asia. And why? I suppose because a lot of Asian girls are not as smart as Jen.

Posted by Jonna Wibelius at 9:46 AM

UGH! sleezeball! Slime! Somebody needs to tell his poor wife that he's ACTIVELY searching for a lover to cheat on her with. With all the young women in shanghai, eventually, SOMEBODY is going to get tricked by this guy.

After meeting your friend Jen, next time, he might NOT tell some poor innocent girl that he's married.