So close but still so different 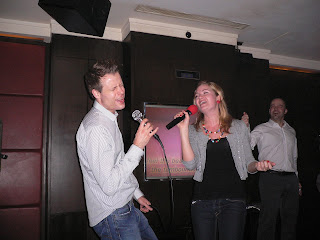 One Dane and 2 Noggys. Who can tell who's who?

Languages are just so fantastic. Last night I had dinner with 2 of my best girlfriends (I LOVE the fact that I can have dinner with them?! Gosh, I’ve missed hanging with my girls) and I almost fell off my chair when I heard them speak Finnish to the waiter. Sure, they have lived here for a while now (both of them are Swedish, but married/soon-to-be-married to Finnish men), but it’s still so impressive to listen to. Finnish is apparently a pretty hard language to learn and it doesn’t sound similar to Swedish… at all. Like not one little bit!

Many people take for granted that people from the Nordic countries can communicate to each other in their native languages and that the other ones understand, but that’s actually not the case. I guess the Swedes are best off. We understand both Norwegian and Danish (well at least I do, although I am from the ‘Danish part of Sweden’ –something I’m rather happy about. I’m not sure how well Stockholm-Swedes understand Danish) meanwhile Danes and Noggys apparently sometimes have a hard time communicating. But then there’s Finland. Where 92% of the population speak Finnish (and not Swedish that many people –including me 5 years ago- might think, in fact, the Swedish-speaking population is only some 6%). In fact, Finnish language is a member of the Baltic-Finnic subgroup of the Finno-Ugric group of languages, which in turn is a member of the Uralic family of languages. The Baltic-Finnic subgroup also includes Estonian and other minority languages spoken around the Baltic Sea. And then, Swedish is a North Germanic language…. So these two languages, no matter how close they are geographically to each other, are not related at all.

Since I have lived one year in Finland (2005-2006) many people (including all my bf’s Finnish friends) think that I ‘understand Finnish quite well although I don’t admit it.’ Truth is, I understand very little as soon as the conversation leaves polite greeting phrases like ‘good morning’ and ‘good night!’ (and only those two phrases took some months to learn. Good morning, for instance, that in Swedish is “God morgon!” is “huomenta!” in Finnish). However, since I’m tall, blonde, and my name is Jonna (fairly common name in Finland) many people take me for being a Finn and just rant away to me in Finnish. The last example must have been the shop assistant scanning my groceries yesterday (I know it is terrible, but I simply cannot keep away from the grocery store.. I’ve been there every single day since I landed. Ahhhh!). She told me the sum, then asked something I didn’t understand, so I just said ‘no’ (I guessed it was something related to membership cards because that’s what they normally ask –other people have told me). Then she gave me a curious look and asked me something else, which I again said ‘no’ to (in Finnish… this is one of the few words I know). Then she started laughing and said:

-Or do you want me to speak English to you because you obviously don’t understand a word of Finnish?
-Ehhhhh… sure…. !!!

Not every Finn is that ‘helpful’ when s/he notices that I don’t understand Finnish. Although most people over here can speak English a lot of them are a bit reluctant to do so, and don’t even get me started on speaking Swedish with Finns (even more reluctance here) so there have been times when I don’t really get anywhere with my errands (tax office related matters being one classic example). It’s my own fault of course: I used to live in Finland so I should have made the effort and learned the language, but, is it worth learning a language that is only spoken by some… 5,3 million people?! Yeah, not sure. I decided to learn Chinese first and then decide.

Since we’re on the topic of languages I can also mention that I yesterday made my first go of my ‘in Finland-every-day-must-do’ mission, namely to speak Chinese to the Chinese people working in the same office as me (not the boss referring to me as ‘the Little Blondie’ though… that would make things too complicated). Since there was only one Chinese person available (a short, little boy that looked about 15 years old) he became my victim and had to listen to my poor ramblings for a good, 10 minutes (why is it so that as soon as you cross China’s boarder your accent goes all bad and weird?), which he spent the most of looking scared and praising my language skills. Hm… better luck next time? Yeah well, I better do a little bit of speaking every day otherwise it’s going to be hell to keep up at my advanced Mandarin classes this upcoming fall. 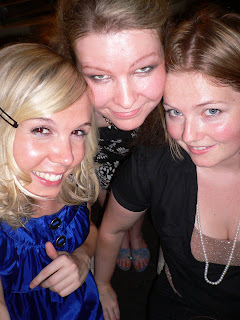 Wonderfull story as usual! And I can say that in inner Russia Finnish language is known! You may see - http://en.wikipedia.org/wiki/Mordoviya

Now you know how I feel. In China everyone assumes I am Chinese and that I know how to speak Chinese probably because I look very similar to Chinese people! I also just say "no" at the supermarkets. They're usually asking if I have a loyalty card, but sometimes they're asking if you need a bag. I'm dying to know what the cashier asked you when you replied no.

And what's with all these Swedes going to Finland to find their spouse!

I didn't know that Norwegians were referred to as Noggys, where does this expression come from?!

I just dicovered your blog, and wanted to say that I really like it, it is awesome for my 5-minutes-breaks-from-work ;)

Nick -thanks! :) Wow, I didn't know that Finnish was spoken in inner Russia.. but there u go. life's full of surprises!

Woai -Yeah I can imagine!! I had almost forgotten how it was.. but don't u speak fluent Chinese? I mean, for me, I just feel silly seeing I barely know how to say yes and no.

As for Swedes going to FI to find a spouse, it's not that common. During my one year in Tampere I met 4 swedes in total which is quite strange... seeing how close FI and SWE are.. go to Norway or Denmark and you meet Swedes everywhere. Especially in Norway.

Aileen -thank you!! No no, 'noggy' is my own, made up word for Norwegians... Norwegians is so long to say... so I just say 'Noggys'... I came up with this little 'nickname' when I was living in Australia and was hanging out with a large bunch of Noggys. I was the only Swede and they used to refer to me as 'lille svensken' (= little Swede) so I came back calling them 'Noggys'... the name has stuck since! But it's def not an official term!!

I spoke English growing up so no, not fluent but I can get by now after 10 years!

I've heard that when some folks want to learn the Mongolian language that they will study Finnish because they are similar, isn't that odd?

I am pretty sure the girl in the middle is completely hammered...

A very interesting and informative post. And man, you're churning out good posts fast.