It's on again: Shanghai Fashion Week at Fuxing Park 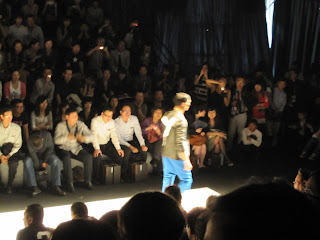 Now, I know it’s nothing compared to fashion week in New York, London, Milan or Paris. But Shanghai Fashion Week is still a sign of the fact that there is something here in Shanghai, something more than millions of people that are interested in fashion and clothes, and something more than malls of western luxury brands. Shanghai has some real fashion potential. It’s not yet ripe: many of this city’s independent local designers still have a long way to go before they can establish themselves internationally. But with every fashion week there’s something new, something cool, and something exciting. Yesterday, Shanghai’s autumn fashion week opened in Fuxing Park.

The media crowd was bigger than last time, even though the tent proved to be a hot, humid little island in the middle of beautiful Fuxing park. Celebrities? Not so many. Super skinny model Sun Feifei was there (she’s the fashion week’s “muse”) and then of course local personalities like designer Simon Wang (“Oh Darling, lovely to see you, mwah, mwah!” Well, even if Shanghai Fashion Week is not yet there, the crowd sure knows how to do the “talk”). I also bumped into other interesting personalities, like a Chinese guy working for Net-a-Porter, who completely caned Shanghai Fashion Week, but still secretly must have felt some kind of belonging, because when I asked him why he still went if he disliked it so much, he replied with a secretive little smirk. There we go. Hate it or love it. It’s still there. A local fashion week. And the feeling of pride (?) and belonging.

As I’ve heard it so many times before, that it won’t be anything that will be covered internationally in Vogue Italia or Style.com. But still, it pulls a cool kind of crowd. Gets massive media attention. And it’s fun! I would say it definitely has potential.

So what am I doing at this fashion week, you might wonder. Well, of course we had to look to Sweden’s best interest. After Ann-Sofie Back’s spring success at Shanghai Fashion Week, we simply couldn’t help ourselves from having yet another Swedish designer showcasing their work in Shanghai. This time it will be Odeur, a Swedish designer duo, making beautiful Unisex clothes witha very Scandinavian touch, showing on October 24. Bring it on! 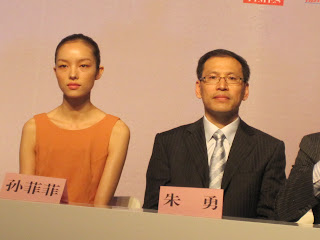 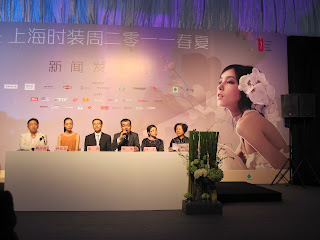 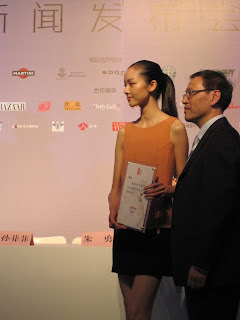 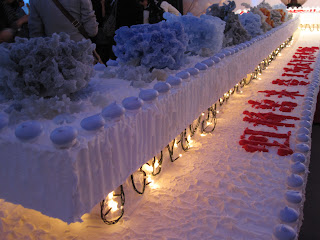