Games or no games 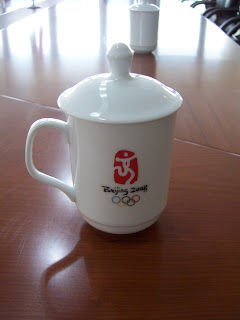 Believe it or not –but Shanghai Daily today reported on some negative news related to the upcoming Olympic Games.

On Wed night this week it became known that director Steven Spielberg pulled out of his role as an artistic adviser for the Beijing Games because he felt China wasn't doing enough to pressure Sudan to end the conflict in Darfur. While the international press published libraries of information on the issue, the Chinese press (as usual), said nothing.

Until this morning, when Shanghai Daily, Xinhua, and all the other government run newspapers published an urge to the public ‘not to link the Olympic Games with the conflict in Darfur.’

The article went on by listing all aid and support that China has provided Sudan with during the last year. However, there was no mention of the amounts of weapons that they have also sold to the same country.

The article finished off with an angry quote from The Global Times, a current affairs newspaper run by the People's Daily:

"Western exploitation of the Olympics to pressure China immediately provoked much disgust among ordinary Chinese people," said the newspaper. "The vast majority of Chinese people have expressed bafflement and outrage at the Western pressure."

For the full article, go to www.shanghaidaily.com. It’s a first pager of today’s issue.

I personally find it a bit late for the world to start complaining about the Games now, when we are only 6 months away from the opening ceremony date. However, China’s trade with Sudan is unacceptable. I don’t know, it’s a fine line. What do you guys think?
Posted by Jonna Wibelius at 1:16 PM

well. It IS a complicated issue.

Personally, I think it's a bit odd that the bulk of the blame is placed on china. To me, it feels a bit like a case of "I don't like John because John does bad things and now I hate Jane because Jane doesn't hate John like I do."

The world should put pressure on Sudan itself instead of attempting to flog a 3rd party. Of course, I'm not sure the world should put too much pressure on sudan (such as using economic sanctions) because I worry that may put undue stress on the Sudanese populace. There's always a chance that in the course of punishing the sudanese government, we're actually punishing the innocent civilians.