Girls on the menu 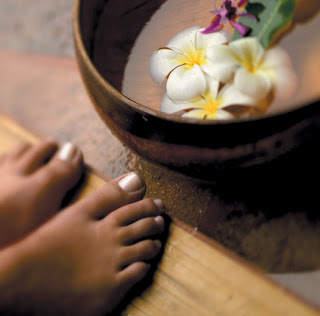 Last Saturday was a cold and rainy day in Suzhou, so me and a bunch of friends (consisting of two girls and three guys) decided to head to a new Spa for some pampering. The new Spa, was in fact a well-rumoured three storey bath house/ sauna, that we knew had received praises from former visitors due to its extensive selection of treatments. Apparently you only had to pay around 150 kuai and then you could use to pool, the sauna, get massage, cupping, scraping (traditional Chinese treatments –I’ll get back to you on these two in another post!), foot treatment, ear cleaning, and so on… To be honest with you –it sounded a bit good to be true!

When we arrived to the place, clearly visible arrows pointed out that men should enter the Spa from the right, and girls from the left. We obliged, and decided to meet again at a nearby restaurant a few hours later.

The girl’s Spa was quite nice, however, we neither saw traces of any bath house, nor did we experience the rumoured ‘three storeys.’ Instead, we were given a 368 kuai two hour long face- and full body massage. When we inquired about the sauna and the pool, the suit-wearing manager told us (with a Colgate smile) that we could use a sauna, but that the pool was ‘strictly for men’. Fair enough, we thought, as we assumed the dress code was nude, and considering none of us had brought swim wear we didn’t really felt like sharing a pool with a bunch of naked male strangers.

Although we found our treatment a bit pricey (and the sauna a bit tiny!) it was still a nice experience, although none of us could understand why we were told to be butt naked on the massage bench?! Fortunately, we experienced nothing uncomfortable; it was just a bit… ehum, strange to flash our winter white asses to strangers.

Two and a half hours later, we met the boys at the restaurant. All three of them looked ravishing –their faces were glowing and they were downing beers and chatting as if they were on speed. Us girls, on the other hand, felt rather sleepy from our rub.

“So you guys had a nice massage?!” I said
“Massage? Hehe. Yeah, well the massage was nice, and so was all the other stuff!!” the boys said in choir while giggling.
“What other stuff?”

Turns out… that this Spa really did have three storeys, a huge pool, a large sauna, massage, cupping, scrapping, foot treatments, ear cleansing and a (free!) snack bar! The boys had seen it all, including some other offers:

“And when the manager told us about the different treatments we could buy, he also offered us ‘Russian or Chinese girls,’” they giggled.
“Oh… interesting,” we replied, slightly stiff-faced.
“Russian girls were around 800 while Chinese girls were 600, and then you could book a suite and…”
“Okay, enough, enough!”

Who said beauty was for ladies? Our three male friends had been sitting in a pool, having small fishes eating the dead skin from their bodies?! (imagine a little pealing army… that is ALIVE!) They had also lied on benches while one girl massaged their feet, another girl rubbed their shoulder and a third girl cleaned their ears! Oh, and they’d been enjoying dumplings, noodles and beers… all for the moderate sum of 158 kuai. Each!

“But we paid 368 kuai and all we got was some slices of watermelon!” we complained, to the boys amusement.
“Yeah well I bet they didn’t offer you a suite with Latino boys either, huh?!”

Life is not fair.
Posted by Jonna Wibelius at 12:42 PM

i'm still horrified that the boys got totally pampered and all we got was a tiny sauna, watermelon and a mediocre massage! But hey, the texmex and uno was great!!! Love your blog doll! Keep it up, it's so much fun keeping up-to-date on your life in China by reading about your hilarious encounters with the chinese. Can't wait to come back! Say hello to Mikko from me!