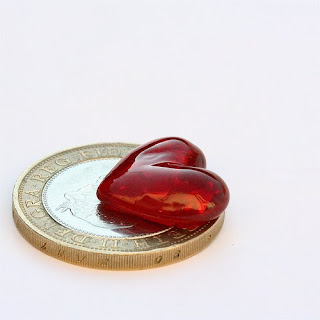 I had lunch with my male friend from Taiwan the other day, let's call him Zhang. Always interesting, especially since he's very open and honest about most things.

For instance, Zhang was really surprised when I told him that back in Sweden, if if I came home 8 kg heavier than last time, none of my friends would make any nasty comments about it.

-Oh, so back in Swe no one comments on your weigh?
-Well, not straight to my face anyways. If you've put on weight u already know it, and u don't need someone telling u it.
-So what about when I comment about your weight? Do you mind?
-Only when you say I look fatter than before....
-Ahhh....

Good that we got that one cleared out. Moving on to love and relationships, as Zhang is a male in his early 30ies and his is keen to find a chick to spend some time with. He told me that lately he had met some Suzhou and Shanghai girls, both via friends and at clubs, and he had been amazed because all the girls seemed so 'powerful.'

-Powerful? I asked.
-Yeah, like, they want to make the decisions, they want to be in control, they want their man to follow them.
-Ah... well isn't Shanghai girls known for being quite dominant?
-Sure, but these girls I met were 23 years old, straight out from university... how can they be so keen to make decision already? They haven't even moved out from their parent's house?!
-Well, this is the 21st century. I guess things have changed...

Moving on, Zhang told me he'd exchanged phone number with one of the girls he met at a bar. The days after they'd met he'd received various text messages from her telling him how much she missed him and so on. Then, she'd suggested he'd take her out for dinner. Zhang obliged, and when he sat waiting for her at the selected restaurant, she turned up with three of her girlfriends, as if it was the most natural thing. (apparently that is quite common here that girls bring their friends or cousins to a date... just to make sure the guy is OK I suppose?). Only thing was that when they had finished eating, Zhang had to pay for everyone's feast.

Another dinner like that one followed, this time the girl only brought one friend. Zhang paid for them both. Then, Zhang got a text message that invited him to come shopping with the girl. This time it was only him and her. They walked through expensive department stores and the girl pointed at various bags, make-up and shoes:

-Did you buy her anything?! I asked, wide-eyed.
-No... Zhang said. But obviously I was expected to. I don't think I'll be hearing from her anytime soon. It doesn't matter anyways, I don't think we were a good match. She was so materialistic and she seemed almost too mature for her age, wanting so many things at such early stage... I almost felt as if she tried to take advantage of me? Isn't she a bit young to be doing that?
-Ehum... kinda... anyways, I don't think you were a good match either. Maybe you should try and date someone a little bit older?
-Yeah, maybe I should.

He should.
Posted by Jonna Wibelius at 7:51 AM

Fool me once, shame on you. Fool me twice, shame on me. Maybe Zhang needs to wise up. For heaven's sake, he is Chinese and should understand those Mainland gold diggers.

I can't believe this guy is in his 30s. This is pretty standard behaviour for many mainland girls and none of it surprises me at all. What surprises me is that this is new to him!

I've been through all that. A girl even lied that it was her birthday to trick me into buying her a dress .... and then a bag ... and then .... well you get the picture.

But it's pretty easy to spot these types. A big clue is you meet them in a bar, duh!!

Sorry but this guy sounds like he needs to get smarter quickly!