Olympic highlight: the basketball final (and everything around it!) 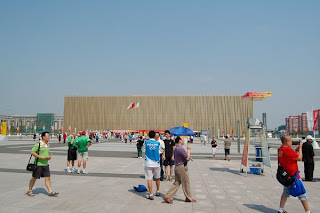 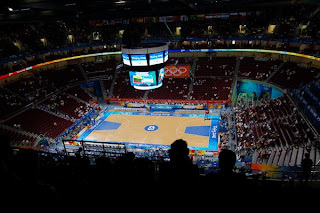 Sick of hearing about the Olympic Games in Beijing? Well, this will probably be my last post regarding the Games.. But I cannot leave out the best thing that I saw in Beijing: the basketball final between USA and Spain! Not only was this a very well-played game (especially by Spain -their young little point guard Ricky Rubio was a pleasure to watch!) but for once, the stadium was almost full and the audience was really into the game! There was a lot of cheering going on and no volunteers tried to ruin the fun. It was perfect! 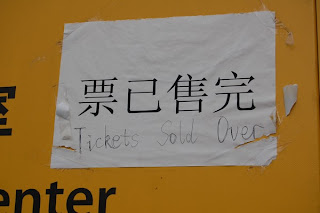 Ticket's had 'sold over.'

We had bought our tickets quite far in advance and thank lord for that... when we got to the stadium there were some tourists trying to buy tickets from guys on the street (yeah, all that talk about 'no black market' is bullshit.. there were people selling both real and fake tickets outside every single sport arena in Beijing! How they got hold of those tickets is a mystery I guess... but that 'mystery' always tend to occur over here!) and the price was about to be set to 5000 kuai. Yes you heard me, 5000 kuai. (that's a one-way ticket to Sweden -no way Jose!!!!). I really hope that those tourist got a good seat and a real ticket for that price. For our price of 500 kuai we were seated at the very far back but it was still a good spot and we could see things well. 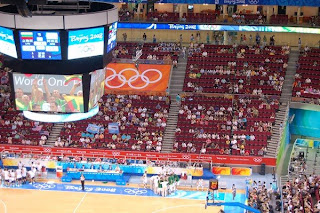 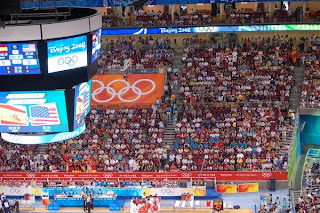 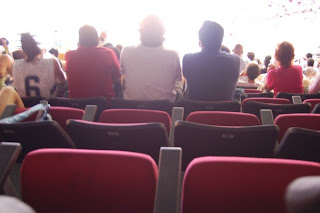 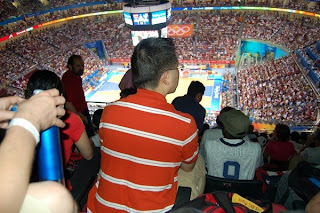 The bronze game between Argentina and Lithuania was quite dull. Argentina dominated from beginning to end, and the spectator support was quite lame. But then came the game that everyone had been waiting for, and suddenly every single seat in the stadium had been taken. The Chinese national basketball team (without Yao Ming I believe) was in the audience, and so was English football hunk David Beckham. (He almost got a bigger applaud than Kobe Bryant. But just almost) 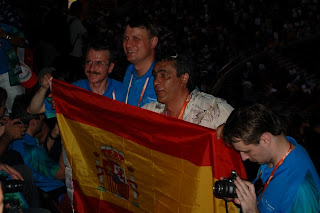 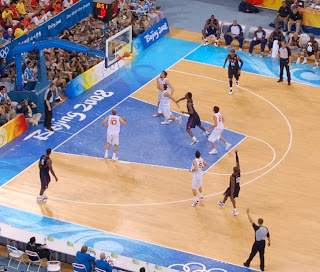 A fantastic game and a perfect ending to 3 great days in Beijing! I am so happy that we went!

A less fantastic experience occurred when we were getting into the stadium area and had to go through a security check. Since we were going straight from the game to the airport we had brought all of our stuff with us. This turned out to be a HUGE problem and we were almost treated as suspected terrorist when the Chinese volunteers found TOOTH PASTE (dam da da DAM!) in our bags, and yes, not only one but TWO TUBES! Very strictly forbidden to bring into the stadium. They also took my bf's razor blade and I started getting terrified that they were going to go through my toilet bag and take all of my stuff too... But the guy who checked my bag seemed to sense my unwillingness to having him checking my bag, so he simply gave the bag back to me. Ahhh..I was so grateful! First of all, I didn't want all my toilet articles spread over a table and second of all, if they would have taken my tweezers or my precious 'bought-in-Sweden-since-they-are-not-available-from-China-lotions' I think I would have gone a bit aggressive. So good on you, young volunteer guy in Beijing who understood that I wasn't there to harm. 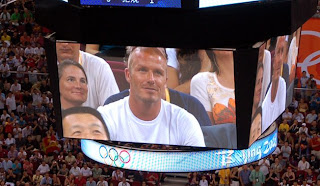 Hottest in the audience? 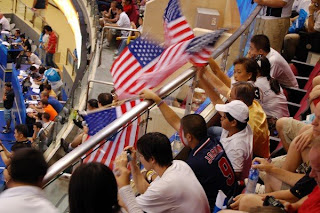 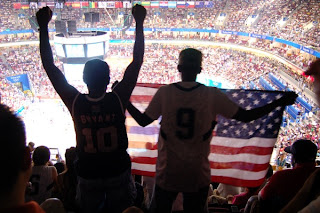 Posted by Jonna Wibelius at 8:28 AM

I had the same problem with my camera tripod which are not permitted inside the venue. I asked if someone could take it for me and they flat refused.

I was faced with a choice to throw it away or go back to the hotel and then come back to the stadium. Luckily my American friend had better luck (white face helps!) and a volunteer agreed to look after his tripod and so he asked the same guy to take mine too. Phew!