I'll never judge someone yelling 'Hello!!' to me again 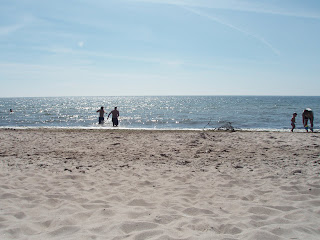 Scandinavia might be far away from China... but it's not that different after all! At least not with a freak like me in town....

Some months ago I wrote about Chinese people that yell 'HELLO!!!' as soon as they spot foreigners on the street. After some weeks back in Scandinavia, I am starting to understand their way of thinking a bit better.... Because guess what I do when I see Chinese people here in Scandoland? Well, I get all... 'ohhhh Chinese people!!?? Maybe I should say 'ni hao' to them? Maybe I should ask where they are from? If they live here or if they are travelling? It's a great opportunity for me to practice my Chinese language skills.. I should really say something...' and then I act all nervous and stuff -thinking that maybe they will NOTICE just by LOOKING at me that I too, live/have lived in China?!? (Geeez it's really embarrassing just to admit this to you guys. You must think I am some kind of freak?!?!)

So far I haven't said anything to anyone yet. But when I caught myself today listening in on a conversation between a Chinese couple that just happened to be on the same bus as me, I started to feel a bit like a loser. What the h** am I doing? Can't I just act normal and just decide that I'll either speak to them or not, instead of being a spy who is listening in on what they are saying, checking if I can place their dialect etc etc...?
Well. apparently not. During my holiday here in Finland/Sweden/Denmark I will probably continue being all sneaky around Asians, and who knows, maybe eventually I will build up enough confidence to try to actually speak to someone... (To be continued!)

Another (quite nerdy I suppose) thing that I have been entertaining myself with since I got here is to read (out loud) the Chinese characters at Chinese restaurants that I see (which are quite a few! The most common names being something like 'Shanghai Home', 'Sunny place' 'China box' etc etc). I've also studied the dishes on the menus (which, at Chinese restos over here, almost always are displayed in the windows so u don't even have to go in) to see if there is something tempting, or something that sounds like back in China... So far the results have been mixed. Some places have 'Scandonized' (not a word, I know, I just came up with it!) their food concepts completely, replacing the rice with french fries (?!?!??! -sure. we like potatoes here but not that much?!) and basically just keeping the sweet and sour chicken and calling it something like 'Chinese chicken.' So far my food cravings have been for local, Scando food (another reason for that beaing that Chinese restos over here are just as overpriced as local restos -and for some reason I don't want to pay too much for Scandonized Chinese food... it just goes against what I am used to??) but I might have to go an try out a Scandonized Chinese restaurant before I leave.... Just to see what it it like.

Anyways, that's just a little bit about what I have been up to lately, the rest you can see from the photos in the previous post (the weather has been gorgeous up until yesterday when it started raining). A lame excuse for not being so active on this blog lately, I know, but I'll still try to update the blog every day from now on. Soon I am going back to China again anyways (something I am very excited about. The fresh air here is great, but I miss China a lot!!!) so then the local reports (about my Chinese language attempts, about my Hunan friends at the gym, and about all the people calling me 'dirty' =tanned and 'fat' = holiday 'round') will return.
Posted by Jonna Wibelius at 3:02 AM

Haha, I don't know how it is over in Europe but here in America the "normal" thing to do would be exactly what you are doing.... listening but pretending not to. So I say strive for abnormal and join in the convo if you hear an opportunity to do so! The fact that some random blonde girl can understand what they are saying is all the icebreaker you'll need.

Its interesting point of view. I've never notice that "hello" "ni hao" in that angle. As a chinese born canadian [CBC], I've travelled all around the world. I've done it myself from the "Bonjours", "Hello", "Ni hao" to attract the attention. I believe I've tried it all as well. Great post and quite refreshing.

kankanchina-great to hear I am not the only one! Now I feel much more normal :)

So odd how our habits have ethical dimensions.

Next time please try to join in the conversation and then let us know the reaction of the Chinese folks. They would probably freak out to hear Chinese sentences from a blonde like you, even with an accent. Please keep us posted.

F course I'll keep u guys posted on how I go.. Iäm planning to visit Sweden's first (and probably ONLY) baozi restaurant, located in Malmö, in the near future. The people working there should all be 'shanghai ren' so a 'no hao' should break the ice... :)

It is certainly interesting for me to read the article. Thanx for it. I like such themes and anything connected to them. I definitely want to read a bit more soon.

Don't stop posting such stories. I love to read articles like this. Just add more pics :)