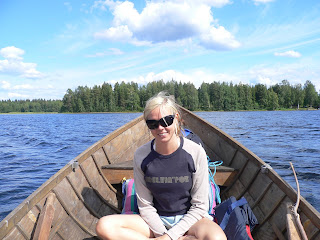 The bittersweet results of a holiday = I'm back on square one???

Oh my oh my... I guess 4 weeks away from China has its pros and cons.

Cons: I am back at a beginner's level of Chinese (or at least it feels so).

Yesterday I went to my favorite place in Suzhou, the gym (!) where I was met by one of my favorite trainers: Frank (Hunan boy, alias Rock wasn't working).

-You na! Long time no seen! he said, in Chinese.

He was just heading out to grab some dinner so I went inside to do some cardio. All well. It wasn't that hard to run for 1 hour. (Or OK, it was quite hard. I just have to tell myself it wasn't).

When I had been running on the treadmill for about 50 minutes Frank came up next to me and started asking me about the Beijing Olympics. It might have been the fact that I was running on a 10,5 speed, or the fact that I was extremely exhausted (on second thoughts -it was DAMN hard to run for 1 hour!) but this 10 minutes conversation (if you can even call it that) was the most painful conversation I have experienced during my time in China. I couldn't get one, single sentence right?! I stumbled on every word, I pronounced things wrong, I used the wrong grammar structure, and so on, and so on... It was a disgrace!!! Poor Frank just looked at me, wide eyed, as he saw I was obviously struggling, both with finding words and keeping my speed on the treadmill.

Four weeks in Europe. Is that all it takes to forget about everything u have learned/studied for the last 2 years??!?! (No, I didn't study anything while I was away.. I brought my heavy book and everything but I only opened it once... at the airport... ehum)

Well, apparently so. I guess the only way to not make this story repeat itself is to not to leave China until I master the language.. when I master it I won't forget that easy... right? Or... I simply learn the rules of discipline and maybe manage to open the book next time I'm on a holiday.

(But then again -maybe it was just the fact that I was on a treadmill....)
Posted by Jonna Wibelius at 2:10 PM

I think it's completely natural and you'll get it back quickly after a few days, trust me. Treadmill adds to the difficulty, although 10.5 seems awfully fast! I read for cardio you should easily be able to have a conversation (in your native language I assume) without struggling.

woai -I am training for the Shanghai half marathon in November. Since I haven't been speeding up yet, it is about time I do it now. Keen to run it too? Since you've become a gym bug and everything ;)

Jonna - When is it and (stupid question) how long is it in distance? I guess it would involve a different training regime to what I am doing now since I'm only trying to burn fat at the moment. Maybe we could have a blogger team running!

Gym tonight by the way, first in a week as I was sick from Thursday till just now. It's gonna be very tough I think, still weak from the cold.

21km!!!! I run maximum 3km each time in the gym. I guess I need to work a bit harder. Seriously, how do you train for that? Doesn't it mean you have to run 21km in the gym so you know u can make it?

woai -it sounds worse than it is... normally when u train for a longer distance u start by building your milage... and getting your legs used to running every day for longer distances. The first time I ran a half marathon the longest run I had done was 15 km. So u don't HAVE to run 21 km before the race just to see that u can do it.. If u can run 10 u can run 15.. and if u can run 15 u can def run 21... and so on.

Unless u r aiming to run the race in a serious speed u can train by running 10 km 2-3 times a week and then do one long run/week (anything from 15-17km) and that should do. Find a running pace that u feel comfortable in and stick to that. Before I ran 1km/6 min, but this year I am aiming for 1km/5min, but a.t.m that doesn't seem likely to happen. But nothing wrong with goals, right?!