So complex, yet so interesting 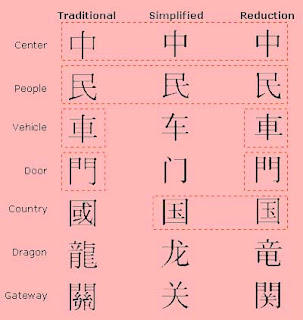 Right now in my grammar class we are studying a piece of text that is from the 'old' China, meaning that a lot of characters and words from the text are not used today anymore. It is both frustrating and fascinating I have to say, especially since a lot of words are not used anymore, and also, some characters have been replaced by others. Just like the character 'dao' 道. I had no idea that 道 used to mean 'speak'...(actually, it still does, of course. But today u don't use the word by itself when u talk about 'speaking) then it became 说道 'shuo dao', and then it changed and became 说 'shuo'... When our teacher started talking about the language's development yesterday I felt that there are so many things to learn when it comes to Chinese, that studying it on a part time really isn't enough. Next year I am hoping to find time to take some history course of Chinese language. Maybe that would help increase my understanding. And raise my level.

I think it is nice to know a little bit about traditional character, not so much formally, but for the sake of seeing how the language has evolved and/or to be able to read books written in traditional in the future. I mean this from a practical standpoint, in that the Chinese language is actually quite visual. The character for door - for example - actually looks like a door in traditional. Words come from shapes and combinations of shapes, and drawing that connection to simplified characters could perhaps help to see characters as something containing inherent meaning, as opposed to just a strange shape (well for me, anyways). I guess it's like knowing roots or prefix/suffix of words in English, but that's getting off the point about traditional characters :)

Believe me or not, I only study for simplified version and i can read all those 3 type of writing :)

I don’t think it's necessary to study the "old" writing style, except u really want to read those "old" books :/. Some of those books have high influence on today's Chinese philosophy but they are written in a way it's very hard to understand even by a native Chinese if they don’t have any knowledge about it.( the text are all the same ,but the grammar and every word's meaning has a lot different). It's like im waste my time on it; they already translated those "old book" in today's writing style.

they use traditional characters in HK too.

Definitely no harm to learn a bit of traditional Chinese, it's also used in HK, Macau, Singapore, Canada and England, (you won't see simplified in China town in London). In fact, mainland China is the ONLY place they use simplified.

And of course, Japan shares some characters with China but only traditional not simplified.

Also it then gives you an understanding of where the simplified comes from, since you are interested in the history - go for it!

Writing the characters is of course another matter and probably not worth the trouble. In this new era where everything is done on computers, you can just type the pinyin and the traditional characters appear magically on the screen!

Just my point of view on things anyway :-)

Just another thing (sorry for spamming your comments). Traditional characters can help you remember the pronunciation of a character or its meaning.

The simplified character 广 (guang3)
Should actually be written as 廣
The 黃(huang2) inside explains where the 'uang' sound comes from.

The character 夸 (kua1) which means to compliment was originally written as 誇. The 言 part of the character tells you that it has something to do with speech.

There are many more cases where the above applies and I have found that learning traditional characters helps me to better understand and remember written chinese - both the meaning and the pronunciation.

Learning Chinese history is also necessary. Almost every four character idiom is a story in ancient Chinese. To understand and use them you must be familiar with Chinese history.

You also need to learn Chinese classics, at least poetry from Tang, Song and Yuan dynasties. These poems are frequently quoted in modern Chinese writing.

Anyone who wants to be more than a simple peasant has to learn all the above.

I must disagree with Jono, in my experience most Chinese (outside of the Macao, Hong Kong or Taiwan regions) can NOT read traditional characters. But it is interesting to learn for history's sake. But I do not think it will help your Chinese for use on a day-to-day level at all.

wow -I never expect this post to get so many comments but there u go. It is really interesting to hear about everyone's opinions and views about learning the traditional characters as well as the simplified. Some of u say 'no need' while others say it is almost necessary... I will just continue reading everyone's arguments and then eventually I'll make up my mind.

Most of the Chinese people will not write traditional Chinese characters, but can read. They also do not have any intention to learn

Jonna, I have enjoyed your blog. Topics like this one are so refreshing and educational.

sorry but one or two mistakes in WoAi's comment must be corrected. In fact, in Singapore the simplified character is the official one (see, for instance, the website zaobao.com of Lianhe Zaobao, a Singaporean newspaper), and thus the mainland China is not the only place using simplified.
For another, the Japanese tried to simplify Chinese characters even before the mainland China, and indeed they share some simplified Chinese characters, such as the character 国.

As a native chinese, i'd say it is not necessary at all for an foreignor to learn traditional chinese!Reasons are:

2, it won't be a problem at all if you go travelling to Hongkong or Macau without a knowledge of traditonal chinese character, since there's huge similarities between the characters and you can read/guess most of the street signs easily.

4,it'll take you a long time to study traditonal characters, and study the two characters at the same time will definitely frustrate you..

Also, Jonna, i think you have made a mistake in this entry. You mixed the concepts of Classic chinese and Traditonal chinese characters.

The Classic chinese refers to the grammar and vocabulary we used to use in written language before 1920s.It is dead now, in both mainland and Taiwan, no one will write like that anymore, although the morden chinese are evovled from it and chinese students have to learn lots of great works in classic chinese. I myself, as most natives, have difficulties in reading classic chinese.

As for the history..hmmm, we have 25 major dynasties..

I agree with Jono, learning traditional characters is not nearly as hard as you might imagine, and it does also really help organize the phonophoric element of the writing system in your head.

You might also like to consider learning Classical Chinese. Though some classical texts are ferociously difficult, others are really quite easy and fun.

Many people learn only the older forms of the language and do not ever really master modern Chinese, or at least never learn to speak it well. This is not so true now, but it was definitely true a generation and a half ago, when China scholars in the West often had a hard time getting to China, and fluency in the modern language was just not seen as terribly important.

Good luck with your studies!

if you can learn to read/write traditional, all the simplified characters are a breeze to read/write as well. it's essential, anyway, if you want to communicate in chinese "like a native"... my first foreign language was japanese: it uses lots of traditional chinese characters. when i finally moved onto chinese for study, knowing traditional characters helped me out a LOT in the beginning. and now i try to get ten words from the dictionary a day to reinforce my memory and writing skills :) if you don't use it, you lose it!

btw, i live in suzhou (and have for more than four years), so i like reading what you have to say about the city...