Finally on my way 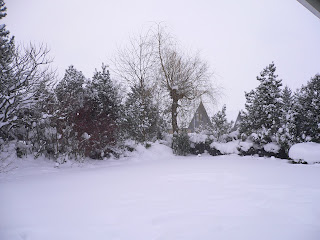 When u r reading this I am (hopefully) safely tucked in, on an airplane on my way to Scandinavia. I have really been looking forward to this trip so I hope there won't be any delays (or overweight dramas) spoiling my ten, precious day in Sweden. I'll blog as usual even though I'm not in China, there might be read-worthy things taking place in Sweden too, who knows? According to the weather forecast it's about 3 degrees in Malmö (my hood) at the moment, and let's hope it doesn't get any colder. Last time I was home during X-mas (2005) my left foot was in a cast and there were massive amounts of snow outside our door, making life on crutches even harder than it already was. Let's hope that kind of snowfall doesn't repeat itself this time (and most of all -let's hope I don't ever have to be on crutches again, it was kind of dull).

I was talking to my Hunan friends at the gym yesterday and they asked me what X-mas is all about.

Then Rocky told me he was scared he was going to put on weight (this topic again?!) this CNY, because, really... it is all about eating.

Have a safe flight and enjoy yourself! Your garden looks absolutely beautiful all blanketed with snow.

And if you want to take a look at some really pathetic efforts at Chinese (in case you get homesick for Suzhou), just take a look at my new Chinese-language blog
http://feiyu-yiwangrongfeng.blogspot.com/

I had a friend comment that it was 写得好挺玩儿。 Not sure how to take that, actually . . . :)