Yunqi Chayan -one of my favorite restaurants in Beijing 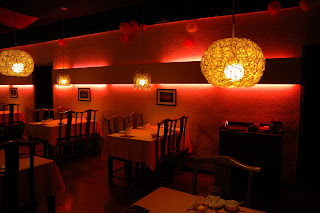 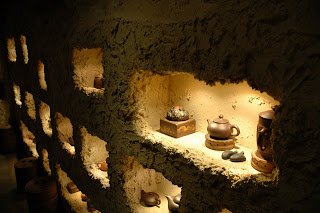 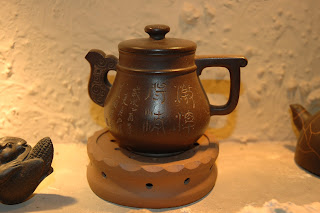 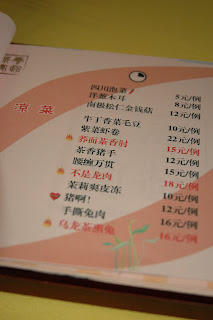 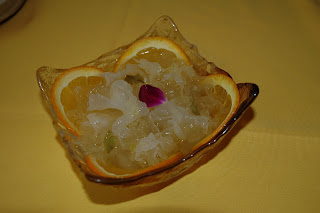 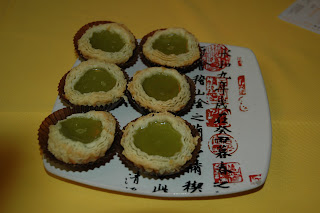 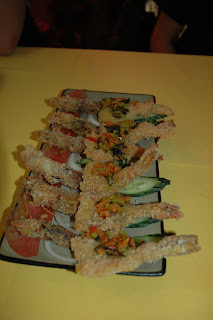 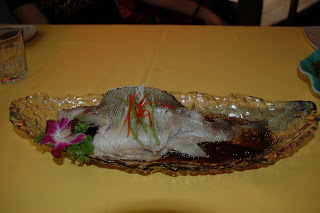 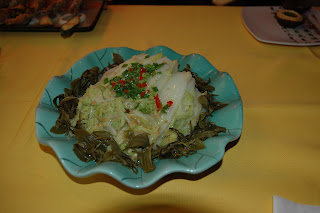 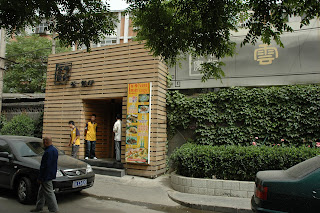 It's been a while since I wrote a "I love this restaurant" post, so I figured now could be the time. This restaurant is called Yunqi Chayan, and is located in Beijing. It's my favorite restaurant in the capital of China. Everybody I've ever taken there loves it too, so in my opinion it's really good!

Yunqi Chayan offers a "tea cuisine," where tea is used as an ingredient in almost every dish. However, if the tea taste isn't your 'cup' (haha! Gosh, I need a better sense of humour) I can tell you that most of the dishes in Yunqi Chayan are not overly sharp in taste. Rather, you can see the restaurant as a place where tea is not just for quenching thirst or served besides dishes, but can also be smelled and tasted.

I haven't tasted anything bad (yet) from the menu, and my recommendations includes the aloe vera 'soup' (on the first dish photo), the fish, the cabbage and the green tea tarts (Those tarts were so good that I ordered an extra 6 of them to go when we had finished our meal there the first time!) The restaurant is located in a hutong at Houhai. It might be a bit tricky to find it, but it's worth every minute of searching. And prices? Well, definitely reasonable. Not dirt cheap, but still cheap.
Yunqi Chayan (English name: Nowhere Catering) 43 A, Mao'er Hutong, Dianmenwai Dajie, Dongcheng district, Beijing. Telephone: 6400 2077. Opening hours: 10:30am - late
Posted by Jonna Wibelius at 5:35 AM

and an interesting review.
o'course we're not THIS adventurous.

sorry, but aloe-vera is something we find in our shampoo; or at worst we smear on a bad sunburn. :-)

just kidding. we're sure its all as you say it is, delicious.

its very doubtful that we'll ever get to China, but thanks to your blog, we get a feel for what its like, even if its far removed from the actual experience of it.

we DO appreciate your postings. thank you.

I'll be sure to visit when I go to China! Btw Jonna, I've decided to take up Mandarin this summer xD It inspires me that you can speak Chinese well!

Looks delicious. I love tea. Will have to check it out when I go to China next year.

Hi Jonna I thought you were in Hainan with NO access to Internet? Where are Hainan pictures?

It looks very nice Jonna! And the food looks delicious too. Great pics!

I'm still at Hainan! All post since Thu have been pre written. Back in SZ tomorrow night... stay tuned!

I like tarts. Those green tea tarts look very tempting!

ero -u should go... it's not as crazy as one might think. And you def don't have to be adventures for life in the bigger cities.

Josie -really??!?!?! that's awesome! I am so happy to hear that!!! I hope u enjoy learning it as much as I do! (although.. i still don't think I speak Mandarin very well.. still to come, hopefully!)

Anonymous -there were some I-net cafes at Hainan that I deliberately avoided... until last night. So all the posts from Thu until today (tue) were pre written. A Hainan post (w photos!) will come tomo!

Mantse -yeah u should. Don't forget to drop by and leave a comment telling me if u liked it or not.

Brad F -they are truly delicious! Much better than the usual egg tarts actually...