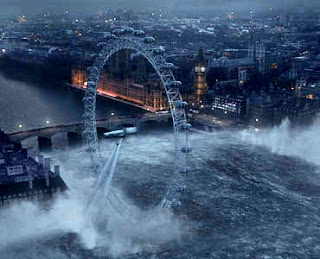 Interesting end of a very stressful Tuesday that I mostly spent in Shanghai (I stayed at a friend’s place Mon-Tue, and thought it would do wonders for my sleeping problem, you know, change of environment, bed, pillow and that sort of stuff. Unfortunately it worked the other way around… and I ended up sleeping something like 4 hours, looking more or less like a monster the next morning, but anyways, u never know before you try, right?!). I came back to Suzhou yesterday afternoon and threw myself into everything that had been neglected (eating, emails, blog and Chinese characters just to mention some) before I hurried out as I had decided to meet a Chinese friend for a Tue night, discounted visit to the cinema.

We had planned this visit for a week, so I am quite surprised how wrong everything still went. Well, for starters we had been talking about different cinema complexes (she talked about a cinema located in a student’s complex… a cheap place, but way off. I had been talking about Suzhou’s fairly new culture addition, namely Suzhou Science and Cultural Art Centre -SSCAC-, located on a bike-ride distance from my flat). Funny that we didn’t even figure it out when she said that the movie started at 7pm and I said 7.15pm… (we were looking at different schedules). I am grateful that just when I was about to jump on my bike and ride to the SSCAC it started raining, leaving me with no other choice but to grab a cab. Once I was on my way in the car my friend called and told me that the movie had already started and wondered where I’d gone.

It took some time for us to figure out that we were heading to different cinemas as her English is actually worse than my Chinese (yeah I know, imagine that?!) so all communication is quite… ehum… slow?! But eventually we got it and I re-directed my cabby to take me to the far-off-cinema where my friend was already at. ‘Her’ place was in fact a large student complex with loads of facilities: 2 cinemas, a large bowling alley, gym, swimming pool… Brad new and quite nice looking, but really, in the middle of nowhere. We are talking a 30 min cab-ride to a place where there are no houses or cars?

Since we had missed the 7pm movie we decided to settle for the only other English movie: ‘Flood.’ (hehe.. just by looking at the movie poster and hearing the name I knew it was going to be a cheesy flick, but, well… It wasn’t like we had any choice). At least it was cheap! Discounted Tuesday night movie tickets at this student complex: 15 kuai! Now that’s what I call a bargain! (Full price at the same cinema complex is… 25 kuai!!! Haha! If it wasn’t for the fact that the place is so far away I could have become a regular).

We bought our supper from a near-by convenience store: dirt-cheap, boiled tea eggs and cans of milk tea before we went into the cinema hall. A HUGE hall! And barley no people (I didn’t think it was possible for a cinema NOT to be crowded at a Tue?! Not when it costs 15 kuai to see a movie?) so we could sit wherever we pleased (funny how all the 25 visitors crowded together still) and then the movie started…

Well, what is about to come is quite obvious: of course the movie had been dubbed in Chinese. My friend was ‘sooooooooo sorry’ as she had been ‘suuuure it was in English!’ Well, not sure enough because this was dubbed with no subtitles. And the movie was called ‘Flood’?! I mean, can it get any better?!

It did. Although my friend offered to leave with me I said we could stay and I got a chance to test my Chinese listening skills. Seeing that ‘Flood’ wasn’t the most political flick, I could actually understand a good 40% of the dialogue and then 95% of the movie just by looking at the screen. But the best thing about it all: I FELL ALSEEP!!!! After about one hour! Ahhhh… what a feeling! Now, just to make one thing clear here: I am not a public sleeper. In fact, I never fall asleep on public spots. Put me on an airplane, sleeping coach of a train or a car and I will stay awake during the whole ride, as I find it so hard to fall asleep anywhere else than in my bed. So, falling asleep at a loud Chinese cinema screening, at a small chair with not enough leg-space, is kind of impressing to me. But what a sleep I had!? Outstanding. Of course I felt a little bit rude when my friend woke me up at the end of the movie, but luckily she took it the right way and just laughed about it (she knows about my sleeping problem).

One crazy bus ride later (you think the taxis are bad in China? Try a bus at night time and you’ll reconsider) I was home and could continue my sleep. Ahhhh.. although I am dead tired today (I have some sleep-catching up to do) I feel that I might have hit the needle this time. If I can’t sleep tonight I’ll just turn on a Chinese movie and ease back….
Posted by Jonna Wibelius at 7:33 AM

Good for you. You were probably too tired.

Maybe it's a great idea to grab a copy of the "Flood" for hypnosis purpose.;)

me too got some serious sleeping problem since...forever, but luckily i'd found your blog which becomes the major entertainment i have in my oh-too-many sleepless nights, thank you!

Anonymous1: Hehe.. I don't know if I would put myself through the torture of watching it again... But then again, u never know.. if my sleeping problem returns? ;)

Anonymous2: Glad that I could entertain.. :) My choice was actually between 'Painted skin' and 'Flood,' but since we thought 'flood' was going to be in English we picked that one... But man, it was a good sleep!