How to get tall 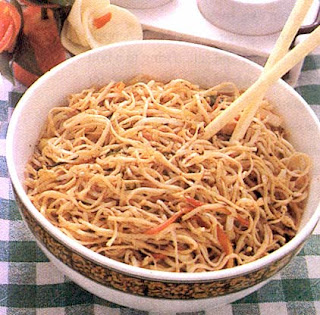 Had lunch with my class last Fri and as usual when you dine with short Asians (my class consists of me, some Koreans and some Japanese so I am the giant of the bunch) ‘how to get tall’ and ‘how to get white skin’ became the topics for discussion. Meanwhile one girl shared that she rubs her skin with fresh lemon slices every morning and night (!) another girl confessed that she drinks 3 glasses of milk each day so that she can grow tall. She’s already in her mid 20ies, but who cares? If she believes in it, it is probably worth doing.

Another ‘how-to-get-tall’ advice came from my Chi teacher, who said that ‘eating noodles or pasta’ makes you tall. And what evidence did she present for this theory? Well, she claimed that Chinese people from the northern parts of the country are normally taller than people from the south, and northern people prefer noodles meanwhile southern people likes rice.

Oh, oh, oh… this never-ending discussion about height. I tried to give some input (seeing I am tall) by telling my classmates that in northern Europe we drink a lot of vodka, but most people looked at me in disbelief, and one girl even asked: “What is vodka? A kind of milk?”

Nevermind…
Posted by Jonna Wibelius at 7:45 AM

Chinese are obsessed with height and white skin. If I date a girl, the first thing mum would ask about her is how tall she is.