Shanghai over Suzhou, every wknd 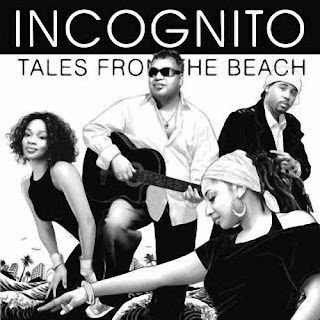 I hope everybody had a good wknd! I certainly did. I went to Shanghai on Sat morning to spend the day running 'Shanghai-business' and then to later catch up with friends that I haven't seen for too long and enjoy a bit of the Shanghai Jazz festival in Jing'an park. I have to say I was positively surprised about the jazz festival. I am normally not into jazz, but it was truly inspiring to see that so many locals had turned up for the event (the park was packed -all tickets had sold out. I was lucky to be my friend Stella's '+1' -thank lord for friends that work in media!-)

The main attraction of the night was Taiwanese jazz-pop singer-songwriter Joanna Wang (who's being referred to as 'China's Norah Jones' -although I have to say that Ms Wang was quite a bit better than Ms Jones.. in my own, humble opinion) but the band that played after Wang, Incognito, was also worth mentioning, as they put on a good concert. Once the festival had finished (Incognito was apparently told to stop playing before they wanted to... -I guess it has to do with government regulations- as they weren't that happy about it) we were starving and decided to hit one of the few options for 'after midnight meals': Grandma's kitchen, on Nanjing Xi Lu. This is a Cantonese restaurant chain, and it was way above expectations (I am normally not big on Cantonese food) although that might have got something to do with the fact that we were absolutely starving when we got there, and ordered almost everything from the menu.. (the perk of being a group of 11 is that u can hardly ever order too much). We rolled from the restaurant to the Shelter (see 'a bomb shelter nighclub' post for more info about this place) which is apparently still the coolest place to party in Shanghai. Everyone was there! Old friend I haven't seen for ages were downing cheap beers and later dancing them away on the small, and packed dance floor. In the end, it got a bit smokey for my taste (something that quite easily happens in a tiny venue where people smoke a lot -the smoking in nightclubs ban is still far away from Shanghai) and I left quite early, around 2am.

Still, it was so much fun to be out with my old friends in Shanghai again. If there's something I miss now when I am living in Suzhou it is the nights out in Shanghai. There's always a lot of fun, young and happy people out and about, which is a total opposite to the nightlife scene in Suzhou.. I bet in 10 years time or so the Suzhou nightlife will have become a bit more sophisticated, but until then I will continue catching the train to Shanghai for partying.
Posted by Jonna Wibelius at 7:08 AM

You could have learned to write 30 new Chinese characters if you chose not to go party in Shanghai. I'm going to tell your bully teacher.

True, and your chinese gets much more fluent when drunk!

Joanna Wang is awesome, been listening to her music for a while now. She also have a youtube account, but i think she stopped uploading videos of her singing.