Helping out a friend -only when asked for? 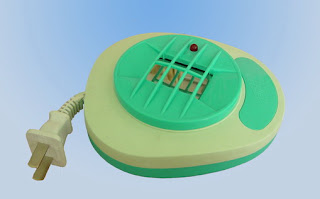 Yesterday at the gym I ran into my friend Rocky... he looked a bit tired so I asked if he was OK.

-Yeah I am OK, although last night there was a fire in my apartment.
-Whaaaat?!

Turns out that a fire had started from an electric mosquito killer that had been placed under a couch next to Rocky's bed (not the smartest placement, no, although Rocky said he'd put it there before without any problems). Rocky had woken up by feeling hot, and then he'd seen that his couch, clothes rack and floor was on fire. He woke up his brother and they managed to put out the fire.

It was kind of weird to listen to his story. He sounded somewhere between calm and terrified. He kept saying he was so happy that he'd only lost 'things' and that nothing had happened to him and his brother (who is actually his cousin, but u know how it goes here... cousins are brothers and sisters to the Chinese).

In the end, Rocky lost all of his clothes, shoes, some other stuff, the couch and his computer got a bit burned and ruined. Obviously I offered everything I could think of (new clothes? No!, Old clothes? No. Kitchen stuff? No, don't need. Shoes? No. Bag? No. ANYTHING? No!!) Seriously, he wouldn't even accept a t-shirt from me? He almost seemed a bit angry when I kept asking if there was something I could do. For me, helping out a friend that has suffered something as terrible as a fire is a natural thing, however. I don't feel good if I can't do anything?

I kept thinking to myself when I walked home, that is this one of those situations when a Chinese will just always say 'no!' as the offer of help because that is the polite/right way to do it (Just like u should always reply 'oh no, not as all!' when someone pays you a compliment saying that you are pretty or that your clothes look nice). Or, did he simply say no because he meant no? It's sometimes hard to understand my Chinese friends because they can be so vague. They never want to trouble me by asking for help with anything, and then in obvious situations like this, when there's been a fire and I get told in detail about the 'losses,' as well as the fact that he doesn't have any money to fix the big burn mark and the hole on the floor, I get a big 'NO!' when I offer some help?

So when CAN you then offer your help over here? Only when asked directly for?

People rarely help out each other unless you are very close friends/family for these extremely bad situations. Small things, people are more willing to accept help. I think it's pretty typical in China...

I am a Chinese, I think sometimes it's just that people need some one to listen to their story. Speaking out these kind of things will make people feel much better, they need some one to share. It is difficulty to assess whether he really want your help, however. Because in that case, he would probably ask you directly for what he need. It's possible that he say them to imply you he needs help by saying that, rather than asking directly.

But I think it's better to do this in a typical Chines way:ask his Chinese friend about the situation, and what he need.
Then, just give him whatever you think he needs, he may refuse it at first, but you just give it to him; if he still refuse, you tell him you just want to help, if you cannot help him in situation like this, it makes you feel sad and useless, and he should treat you as a real friend who can help.

I guess that's the stage he will accept it, or tell you why he tells you everything but still does not want help.

So I guess these are two possible situations
1. Not want helping, just want to share the feeling with others, which is typical
2. Want help, but too embrass to say it, in this case you need to figure out the thing yourself and give the hepl regardless what he say

Hey thanks Mark for clearing that out. I will ask his cousin next time I see him if they need anything. I felt so awful when I heard about it and although he said it was 'just stuff' I could still see he was sad about losing some of it.

Not a problem Jonna.
I actully had been to lots of similar situation with my Kiwi friends, although it was not as severe as a fire.

But the misunderstanding can be frustrating. It really requires patience and efforts to work things out sometimes