Split the bill -not always a smart choice 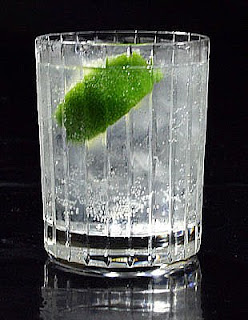 Today's a public holiday in China (yey! I love the fact that it's on a MONDAY) so I won't write a long blog post. I just thought I'd share something funny that happened last Sat at a bar in Ligongdi, in Suzhou. I was meeting a bunch of Finnish Hash House Harriers at a bar (I was the only girl and therefore the only one who went home to shower, something that isn't in general approved in the HHH-community). When I cam to the bar the guys had already had a beer and a shot each, and I sat down with the menu to decide what to drink. One of the guys said:

I decided to also go for a G&T and ordered 8 G&T. The waiter just looked at me. I had to write it down on his paper for him and specify that the drinks were for everyone but he still gave me the odd glance.

Soon, 8 G&Ts appeared, everyone drank and were happy. When we'd finished these drinks we decided to head somewhere else to eat and asked for the bill (not specifying if we wanted to split it or pay together... we just asked for the bill). Five minutes later 3 different waiters came and handed out 8 different bills, one to each one of us. Only funny thing is, that while my bf and the other guys were charged for a beer and a shot, I got a 320 kuai bill for 'eight G&T.'

Ahhhh hilarious! It just shows that they sometime don't think before they do things here... bill all the men for their drinks and then the girl for the 8 drinks she ordered for everyone... Obviously we sent all the bills back and asked to get a new bill with everything together... but still. It was just so funny!

Anyways, yesterday we went back to the same bar for an 'after dinner mint' (in a smaller group) and when it was time to get the bill the waiter asked:

-so do you want everything together now, and not like yesterday?
-That's right.

Good girl. I think from now on she'll always make sure.
Posted by Jonna Wibelius at 9:27 AM

Getting the bill in China is always a lot of fun :)
When my friend first arrived in China she made the hand gesture to indicate she wanted the bill (the one as if you are signing an invisible piece of paper)...and the waitress brought her not the bill..but a pen!
In the Philippines, when you want the bill, you draw an invisible square in the air (using both hands). But my favourite way of all is just shouting 'maidan' at the top of your voice