Who's got the most foreign friends? Let's open our wallets and have a look! 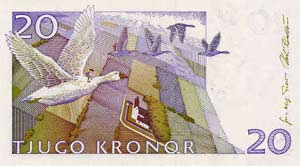 Some days ago I was talking with my friend Rock, alias 'the Hunan boy' from the gym. For some reason we started discussing money, and suddenly he pulled out an old version of a 10 rmb note from his wallet.

-See, isn't it beautiful, he said and handed it to me.
-Sure... I said. (Not sure if money can be beautiful... but sure).
-What does the money look like in Sweden? He asked. Is it as beautiful as this?
-Ehum.. well... the Swedish money... hm... it has sort of blue-green notes and some golden and silver coins?
-Golen coins! Wow. China doesn't have golden coins. You guys are so lucky!
-Ehum.. I guess so!

After some more detailed questions about what kind of notes and coins we have in Sweden, I sensed Rock was fishing for something.
-Rock, do you want me to bring you a note from Sweden when I come back?
-Could you?! That would be great! I collect money from different countries.
-Sure, no probs. Actually, I might have some foreign money in my flat. I'll have a look for you.
-Okey, but just the smallest value okay, I just collect it for its looks.

I thought is was kind of cute -Rock -the money collector- so the next time I saw him I brought what I had found from our flat: a 1000 Korean won note, and a 2 euro coin. Rock was shining when I handed them over to him at the gym, and a minor crowd of personal trainers gathered around us, doing the 'ooooohs' and 'aaaahhhs'.

Later, a small guy approached me together with Rock. He handed me a colourful note.
-Do you know where this is from?
I had a quick look. A 500 (or 5000? I don't remember?) note. It said Peru.
-Peru?!
-Ah... okay. How much is it worth?
-Eh... I don't know? Peru is in South America. I don't know their currency by heart.
-Ahhhh (disappointed sigh).
-So you are not from America? the little guy went on.
-No she is from Denmark! Rock corrected.
-Sweden. I corrected (yeeez, is Scandinavia so insignificant that EVERYONE mixes up the countries? Apparently so!)
-So what does Swedish money look like? the small guy said.
-Ehum... it is sort of blue... green... ehum... I started.
-Do you have any?! The small guy said.
-Not right now, but I can bring some...
-You can? Oh, that would be great!

Oh my lord, what have I gotten myself into? Now EVERYONE wants Swedish money. And no, it's not big money they are after (a 1 'krona' coin is enough, which has the same value as a 1 kuai coin), they just want foreign money. I never realised the interest for foreign money was so big in China. But I realised when I third trainer came up to me that same day and started asking me about what Swedish money look like.

So later, I asked Rock.
-So what is the deal with foreign money? Are you all collecting it?
-Pretty much, yeah!
-Why?
-Well, because it is cool to be able to open your wallet and show money from different countries to your friends. It shows that you have many foreign friends from all over the world!
-Oh, I see.....

Oh, and FYI, Rock is currently in the lead of 'having most foreign friends' with his Korean note and European euro coin, and soon he'll be getting a Swedish note too. But then again, the other ones are doing quite well, many of them have got American dollars and the guy with the note from Peru is obviously also a threat.... To be continued! Stay tuned!
Posted by Jonna Wibelius at 7:38 AM

hahaha
awesome.
I use to collect coins - including coins of all countries, although it was for a different reason...

Hi Jonna!
I'm a brazilian girl and I love your blog about China and your "Chinese experiences"!
Sorry, my English isn't well, but...
Very cool the interest of Chinese by foreign money. When you told about Peru I decided leave a comment.
Kisses

Yesterday I told my friend Anna about this, and afterwards she said:

-u know what, my Chinese tutor told me the same thing. She also 'collects' money...

Wow, so this really IS true?! I cannot believe I have never been asked for foreign money before?

It is actually pretty funny the Chinese fascination with westerners and I've seen many times a Chinese person out having dinner or whatever with a "laowai" and you can see how excited and proud they are to be walking along with a westerner. Like many things in China it's so contradictory because the Chinese are also very nationalistic and proud at times.

I heard that the reason why there is Peru money in china is that some ppl sell the local peasants Peru money and cheated them that's US dollar.
sry for my English.