What's up with the gasoline? 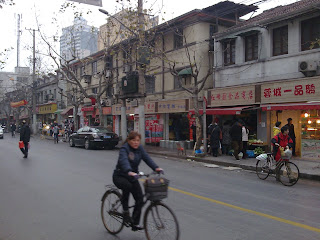 And that reminds me of why I prefer riding a bike to driving a car..

Anyone know what’s up with the gas in Suzhou? It’s apparently impossible for us normal, mortal people to buy gas and many gas stations have closed. (Every morning there is a smaller riot outside the shell gas station that I pass on my way to uni)

Rumours are suggesting three possible reasons (I find it hard to believe any of them):

* Torch relay. Since the Olympic torch came to Suzhou last Sunday the local Government was so scared of a terror attack that they dried up the gas stations.

* No gas is a result of the earth quake in Sichuan. They are now putting in restriction on gas, as well as some foods.

* The price of gas has gone up and the suppliers refuse to cooperate.

Well I have no idea, I don’t need gas for my bike anyways (because it doesn’t have a MOTOR!) but apparently it is causing some problems for some of my western friends as they cannot drive their cars on empty tanks. Chinese taxis and cars are still driving around though, so I am guessing there must be some sort of black market for it. Isn’t there always?