When to flirt. And when not to. 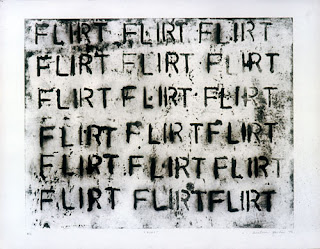 The trainers at my bf’s gym (we go to different ones) make it no secret that they really adore his tall, blonde, blue-eyed look. Since he started going there he has been nicknamed 帅哥 (=shuai ge = handsome guy) and despite the fact that he has made it clear he’s got a girlfriend the trainers keeps on trying to set him up with other female gym-goers. (Luckily I’m not the jealous type!)

Two days ago he was asked to participate in a body building competition. Both my bf and I found this hilarious, because he’s definitely not the body building type. Quite lanky and thin.. hahaha… but I suppose that’s regarded as ‘fit’ over here where people in general are so skinny!

The best moment, however, must have been yesterday when he went to the gym and was greeted by a trainer and the trainer’s girlfriend.

Then later, my bf was doing weights when she alone came up to him:

Girlfriend XX: I always thought my boyfriend was strong but you are so much stronger!

Lady, lady, lady….! Slow down! At least choose your timing! Advice number one: don’t hit on guys that already have girlfriends. Advice number two: don’t hit on other guys when your own boyfriend is standing next to you!
Posted by Jonna Wibelius at 6:50 AM

you are hot I found you from this site www.101romanticloveletters.com have you seen it?

I know you are feeling humble for your writing, but it must be pointed out that, "shuai ge" is 帅哥，not 帅个，and accurately speaking it means a "handsome guy".

Hey, it's def ok to point out my chi writing mistakes, however humble I alrready feel about my writing.. :)
And of course it should be 帅哥 that makes much more sense than 帅个 that I wrote... so thanks!!

Like I've said be4, still have some years to go before my Hanzi can be trusted.

LOL this story is hilarious.

However I feel I should tell you that a lot of chinese people throw words like "shuai ge" and "mei nu" around without actually meaning it. The people who use these terms may not necessarily be flirting but rather being polite and friendly.

Kind of like how friends will sometimes call each other "babe" without having a romantic interest. In high school, I used to greet all my female friends with "hey babe" and i'm not a lesbian.